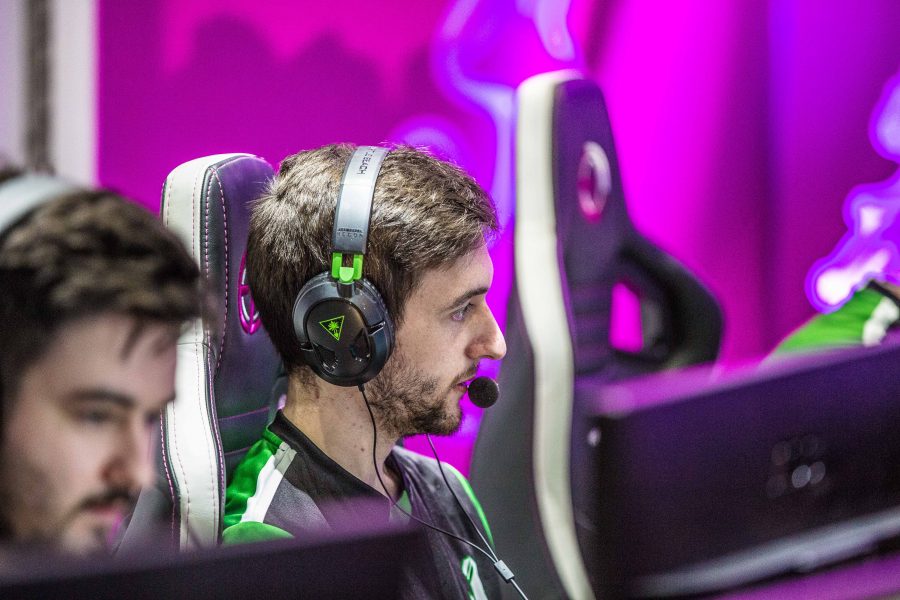 Three Ireland’s EStars heads to the republic of Tallaght for what promises to be one of the league’s most thrilling nights, as Shamrock Rovers plays host to the sixth week of Ireland’s biggest esports roadtrip on Wednesday, April 18th, from 6pm.

With just four fixtures remaining, the competition has reached a crucial point, and to combat all that tension, Three Ireland’s EStars will stage a spectacular showcase evening at Shamrock Rovers’ hallowed Tallaght Stadium. With some Premier League football stars, joining the stars of esports, with lots of entertainment on the evening, not least those crucial week six bouts, Three Ireland EStars in one of Dublin’s most iconic stadiums will be one of the biggest yet.

Presented by radio stars, Connor Phillips and Holly Hamilton, Three Ireland’s EStars League at Tallaght Stadium provides a chance to see the world’s fastest growing spectator sport in the grounds of one of Ireland’s biggest football clubs. The call to arms will be made by percussion troupe The Hit Machine Drummers, while the games will take place on board the iconic mobile esports arena, Big Betty. Expert gaming shoutcasters, Nikita Buffee and David Whyms will provide commentary and analyse the unfolding action, and soft drinks partner Lucozade, main sponsor Three, retail partner Peak and food partner, Four Star Pizza, will be on site to add to the buzz and fuel the competition. Dublin radio station and media partner SPIN1038 with the legendary ‘Spinnies’ will also be at the south Dublin football grounds to coordinate the many giveaways, and add a soundtrack to the latest Wednesday night EStars’ fight night.

Week six also marks the official host encounter for Shamrock Rovers, a team who overcame a first week defeat to score consistent wins and soar to the top of the table, a position they share with St. Pat’s and Team Three.  After a thrilling encounter last week, which saw Shamrock Rovers dismantle a previously unbeaten Team Three, the home bout will pit the team against Limerick’s EStars, who will be buoyed after their first victory last week at the DCU event.  Captain of Shamrock Rovers Dano White, who was also awarded last week’s MVP, said the team were looking forward to the home event and also had an eye on continued victories for the team’s immediate future.

“Shamrock Rovers are on a winning streak and it’s definitely not going to stop in Tallaght,” he said.  “We are focused on victory from here until the Final.”

“As the league reaches fever pitch, we knew our night at Tallaght Stadium would be a great one and we are delighted to work alongside Shamrock Rovers to host our biggest and most exciting league night to date,” she said. “The results last week have really shaken up the race to the 3Arena and, with the final just a month away, there’s still everything to fight for.”

Karl Donnelly of Three Ireland added: “We are delighted to bring our sponsorship of the Three EStars league activity this week to Tallaght Stadium. This is the sixth round of an exciting new league which will culminate in a grand final at the 3Arena on May 13th. This partnership offers a really unique gaming experience for the first time in Ireland. At Three, we are committed to providing the latest technology innovations such as providing the first smartphone from gaming giant Razer handset, exclusively on the Three network, enhancing the lives of our customers. In addition, our All You Can Eat Data offering, enables our customers to truly make it count.”

Three Ireland EStars will be at Tallaght Stadium, Whitestown Way, Dublin 24 this Wednesday from 6pm.  Admission is free.