How the West was Won – Three Ireland's EStars
Skip to content 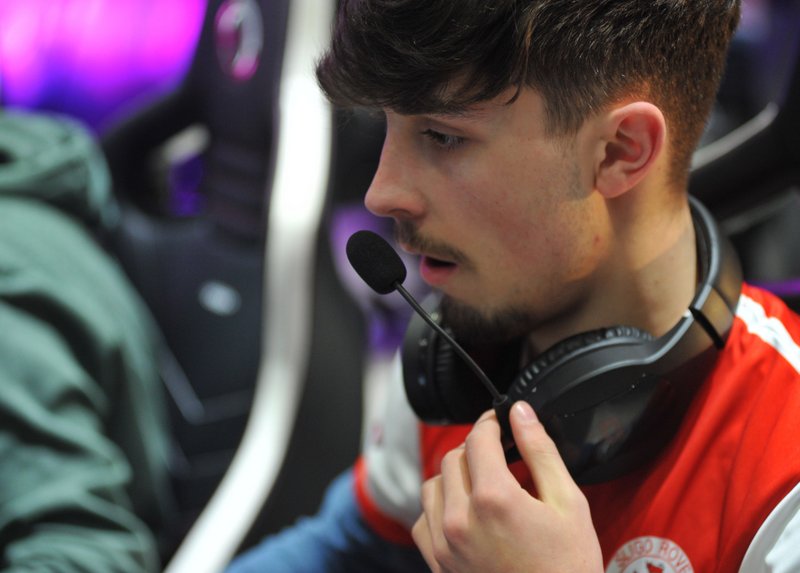 Week Three, Clayton Hotel, Sligo.  Hold on to your hats, jackets and Bettys. The Three Ireland’s EStars journey west on Wednesday, March 28th, had all the thrilling elements of a classic Western, with the third league night.

No one was fooled by the luxurious setting of Sligo’s beautiful Clayton Hotel, the eclectic renovated church, the perks Three Ireland EStars contenders are generally unaccustomed to. With the grand Dame herself, Big Betty docked in the carpark, the stakes remained clear in the latest leg in the biggest road trip Irish esports has ever seen. Once again, ten teams, representing nine League of Ireland football clubs and main sponsors Three and composed of the country’s finest gaming talent, took to the belly of Betty to face the next hurdle on the road to the 3Arena.  At stake, the right to contest the Grand Finals on May 13th, where the victors will walk away with €20,000 and a trip to Las Vegas.  Every win is crucial.  Every loss is devastating. This is not a game. This is so much more.

After the trip to Cork had thrown up some shock outcomes, the teams were focused on the latest challenge and presenter Holly Hamilton grilled the contenders post and pre-match, about where it went so right in their clashes and where it went so wrong. With another batch of inspiring team displays, not to mention many moments of individual brilliance, the games unfolded to picturesque grounds of the Clayton Hotel.

Limerick were keen to end the opening losses of weeks one and two when they faced Cork, a team with one victory and one loss under their belt. While the Limerick line-up were certainly delivered their most cohesive performance to date, Cork never relinquished control and secured the victory. Week three, another point for Cork.

Bray, alongside Three, had remained unbeaten in the competition when they strutted into the Clayton Hotel. Bohemians had defeated Limerick in Cork in a decisive display and were confident they could unseat Bray from their winning streak. Taking an early lead, Bohemians had a strong start and Bray failed to regain momentum falling to the assault in dramatic fashion in the biggest upset in the competition to date. Bohemians will feel very confident for the next encounter against St. Pats.

Fresh off the glory of a definitive victory over Derry last week, Dundalk faced St. Pat’s, who had delivered a solid performance in Curraheen Park, despite losing out to Bray Wanderers. On the night, St. Pat’s forged ahead to secure the victory, setting them in good stead for their clash of the Dubs in the capital against Bohemians next week.

Having taken two home teams down in the first two weeks, the sponsor team had their eye on making it Three for Three over a Sligo Rovers team reeling from last week’s defeat by Shamrock Rovers. The game of the night, the sides were tightly matched throughout. A real slow-burning, nail-biter, Three had the slight edge for much of the encounter and despite some brilliant turns by Sligo, Three stormed ahead for the finale. Who will be able to stop Three on their march to the finals?

Mags Byrne of Three Ireland’s EStars said: “Week three of the league at the Clayton Hotel has been a truly special night. The talent and dedication of these players is clear and every league event delivers surprises and quality.  Another week into the Three Ireland’s EStars league is promising an unmissable finals’ encounter at the 3Arena in May.”

Karl Donnelly of Three, Ireland added that the telecommunications company were delighted to pledge the sponsorship of the Three EStars league activity this week in Sligo’s Clayton Hotel.

“We are delighted to bring our sponsorship of the Three EStars league activity this week to Sligo,’ he said. “This is the third round of an exciting new league which will culminate in a grand final at the  3Arena on May 13th. This partnership offers a really unique gaming experience for the first time in Ireland. At Three, we are committed to providing the latest technology innovations such as providing the first smartphone from gaming giant Razer handset, exclusively on the Three network, enhancing the lives of our customers. In addition, our All You Can Eat Data offering, enables our customers to truly make it count.”

To follow the progress of the teams in the next bout this coming Wednesday in the first Dublin venue, exciting  details to follow, very soon, and all the way to the 3Arena in May, check out ireland.estars.pro