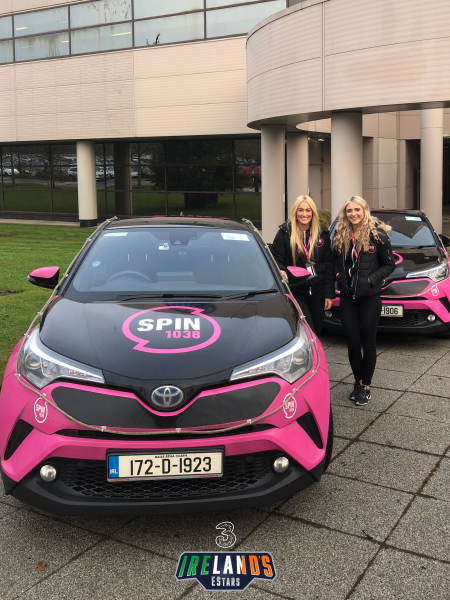 Three weeks in to the biggest esports roadtrip Ireland has ever seen, Three Ireland’s EStars is touching down in Dublin and, who better to herald the welcome than Dublin’s SPIN1038.

Three Ireland’s EStars is competitive esports on a whole new level.  Eight weeks. Ten teams. A feud that will be fought across the country.  A final decided on the stage of the 3Arena. To the victors, a €20,000 prize pot and a trip to Las Vegas. This is a first for Ireland.  This is epic. This is not a game. This is so much more.

With all that intensity on stage and as the contenders clash online, Dublin’s leading radio station, SPIN1038 will be there to provide the soundtrack to the action and, with the mobile esports arena Big Betty docked in Dublin for the next three weeks, SPIN will be joining the battle in this crucial stage of the Three Ireland’s EStars competition.  With the Spinnies in support and with many exciting competitions set to air, the momentum of the Three Ireland’s EStars league has reached dizzying levels.

Mags Byrne, of Three Ireland’s EStars said: “The league has already proven to be a scorcher and as we prepare to embark on a trio of Dublin events starting tomorrow at Dundrum Town Centre, Three Ireland’s EStars are delighted to welcome SPIN1038 as our media partner. SPIN1038 are the pulse of the capital and, with some very special surprises planned for our Dublin events, having Spin on board is another great partner on this journey.”

Aaron Barry, Brand Manager at SPIN1038, added “We’re proud to be the official media partner of Three Ireland’s EStars this year. Gaming is a big interest among our audience so we feel our partnership is the perfect fit to help find Ireland’s best gaming talent over the coming weeks”.