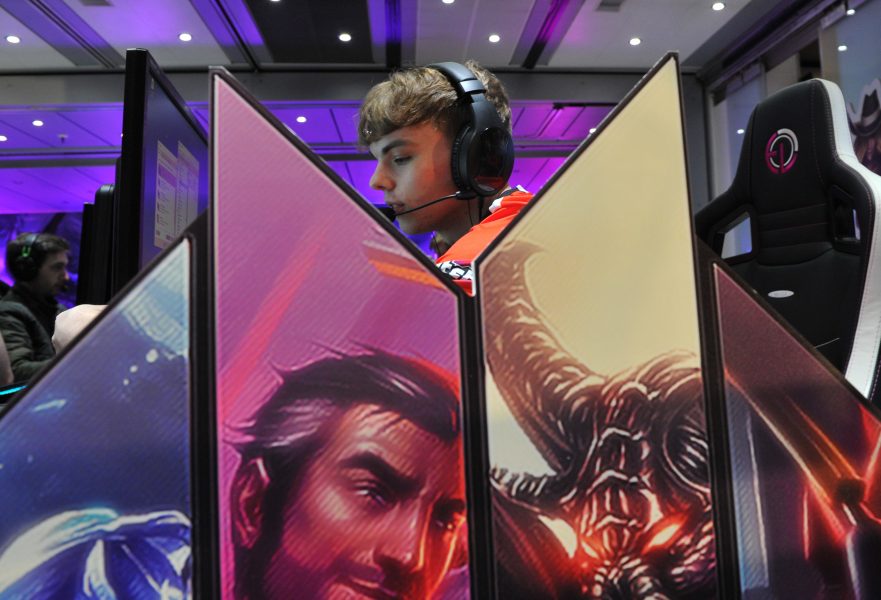 Our play-by-play caster David Whyms casts an expert eye over the forthcoming league clashes at UL this Wednesday.

The group stage of Three Ireland’s Estars is bearing down on the home stretch. As we close in on the finals, there is still a large number of teams in the hunt for the playoffs. Week 7 sees the competition go to the University of Limerick, with a number of crucial matches scheduled.

Dundalk (3-3) vs. Cork City (3-3)
Another week, another do-or-die match for both of these teams. Dundalk’s resurgence in the last couple of rounds has them back in contention, albeit with an outside chance. Their recent form and results have elevated them to one of the most dangerous teams in the league. Dundalk come in as favourites, but they will have to keep their wits about them. Cork’s current standing comes off of a number of upset wins, most recently against Bohemians. This team has been able to dig deep in important matches, and nothing is more important that the forthcoming elimination match they face this week.

Team Three (4-2) vs. Limerick (1-5)
The only unbeaten team in the league at one stage, Team Three have now lost two games back-to-back. Their lineup is struggling to generate advantages across the board, displaying a one-dimensionality that was not apparent in their first few victories. In any case, they are likely to fare better in Week 7. Limerick have had a rough campaign so far, and will be the underdogs on home turf. They are putting up better fights against top competition, but victories are still proving to be few and far between.

Shamrock Rovers (5-1) vs. Bray Wanderers (4-2)
For weeks, many have claimed Shamrock Rovers to be the strongest team in the league. This finally rings true in the standings as they are the sole occupants of first place. Their overall strength and ability to play various playstyles is allowing them to overcome all of the best teams in Ireland’s Estars. Next for them is Bray, a side who have cooled off as of late. They still have the tools to beat anyone on their day, but many opponents are exploiting Bray’s weak early game play. If Shamrock Rovers can capitalise on this, they are poised to maintain their winning ways.

Bohemians (2-4) vs. Sligo Rovers (4-2)
Bohs entered Week 6 as favourites for a much-needed victory, but could not deliver. This effectively eliminates them from contention, as all they have left to play for is pride. Their upcoming opponents, Sligo Rovers, still have quite a stake in this matchup. Sligo’s recent performances are certainly at the level of a top four team, and they are in a great position to build momentum as they approach the playoffs.

St. Patrick’s (4-2) vs. Derry City (0-6)
A harsh loss at the hands of Sligo Rovers puts a lot of pressure on St. Pat’s for the final few weeks. Still with quite a tough finish to the competition, they are still without a victory against a team in the top half of the table. They will be careful not to slip up against Derry City, who are still on the lookout for their first win. The northern team need to recover their form from early in the competition, when they were causing issues for even the top teams in their path.