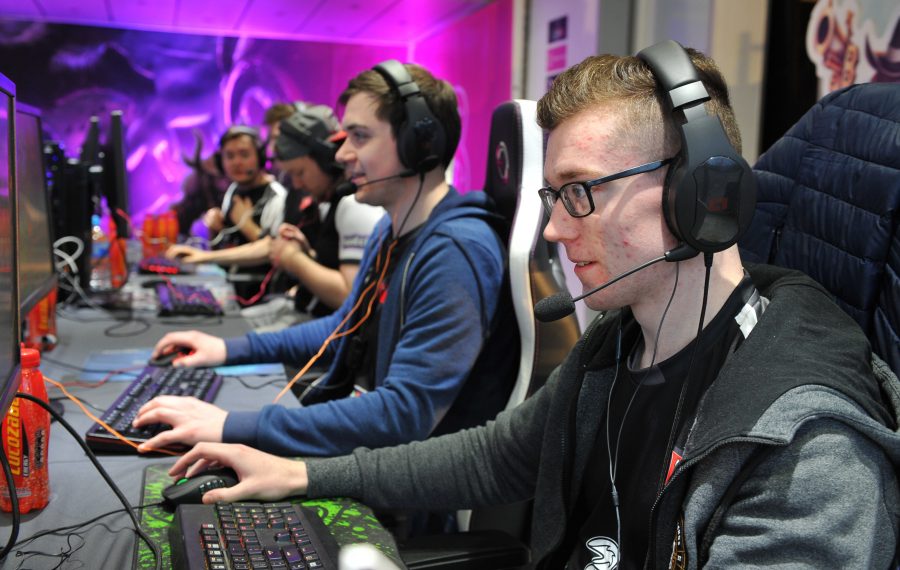 David Whyms casts his expert eye over what the fourth week of Three Ireland’s EStars league holds.  This week will be crucial in how the contenders set their manifestos to earn a place in the Finals.

One third of the league portion of Three Ireland’s Estars has passed us. The field is slowly beginning to shape itself, although, as it currently stands, a lot of teams are clumped up in the middle of the table. Securing wins over the next couple of weeks is pivotal for maintaining any chance of securing playoff qualification. With the competition moving to Dundrum this week, we have another great selection of games this coming Wednesday.

Team Three (3-0) vs. Derry City (0-3)
With a victory over Sligo last week, Three have cemented themselves as the top dogs in Estars. Not only are they leading the standings, their recent performances against strong competition has allowed them to fully display their class. They prepare for a fixture against Derry, a team still on the lookout for their first win. Derry could not take down a depleted Shamrock Rovers team last week, and their struggles are likely to continue against the league leaders.

Cork City (2-1) vs. Bray Wanderers (2-1)
Cork are still a team we can’t accurately gauge. A victory against Limerick last week was not a clear indicator of what level Cork City are at, but this upcoming game certainly is. Bray were exposed quite harshly at the hands of Bohs, and will need to use this opportunity to regain their momentum. If Cork can capitalize on the flaws Bray showed last week, they can steal another upset. Whether their coordination is good enough to do this remains to be seen.

Shamrock Rovers (2-1) vs. Dundalk (1-2)
The resurgence of Shamrock Rovers is putting the rest of the league on notice. Many are talking about them as a favourite for the competition once more, and this week they have an opportunity to fulfill this status. Dundalk’s loss to St. Pat’s last week may have been down to an incomplete first side, but is a worrying sign nonetheless. As a team that would have expected to have been fighting for a top spot, this is a crucial fixture for both Rovers and Dundalk. Win, you can move on in the competition with momentum. Lose, and your playoff hopes may already have vanished.

Bohemians (2-1) vs. St. Patrick’s (2-1)
Both of these sides will have been buoyed by last week’s confidence-inspiring victories. The domination of Bray by Bohs and St. Pat’s cleanly executed victory over Dundalk were two performances that answered a lot of doubts about both teams. Now, they come face-to-face in an attempt to maintain their winning ways, in a matchup that really could go either way. St. Patrick’s have the advantage on paper, and have seemingly fixed their mid-game woes. This may give them an edge over their opponents, but a focused gameplan and clean teamplay has brought Bohs success before and may do so again.

Limerick (0-3) vs. Sligo Rovers (1-2)
Another week, another sign of Limerick improving… but not enough. They are cleaning up the early and mid game, but still lag behind the top teams in that regard. Their next opponent, Sligo Rovers, come into the encounter after a rough couple of weeks. Back-to-back losses have left the pre-tournament favourites with only a single win to their name. They cannot be happy with their current standing, and I imagine this match will be an opportunity to let the league know that Sligo still need to be watched out for.

Keep up to date on how all the action unfolds at Dundrum Town Centre and on Twitch from 3pm on Wednesday and at ireland.estars.pro