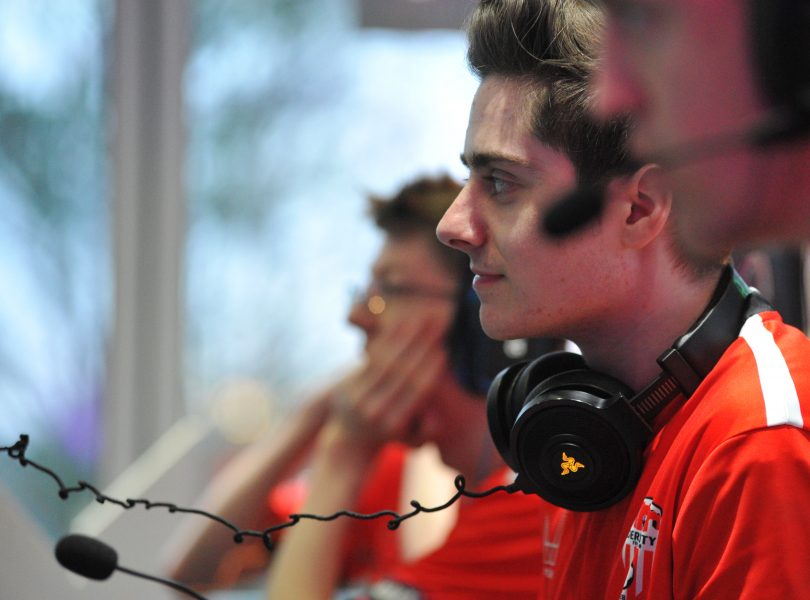 On the eve of the second last league night, caster and analyst David Whyms ponders the stakes of tomorrow night’s bouts at DCU. Let’s get ready to rumble.

The penultimate hurdle. Only two rounds of action remain in the group stage of Three Ireland’s Estars, and it is still all to play for. The battle for the playoffs continues to produce twists and turns, with six teams still in the running for a spot at the 3 Arena on May 13th. Week 8 sees us return to DCU, as a number of teams prepare for matches that will make or break their playoff dreams.

Derry City (0-7) vs. Bohemians (2-5)
Our first match is between two sides who will have bad memories of their previous excursion to DCU, but can redeem themselves in Week 8. It is solely a battle for pride, with both teams out of playoff contention. Bohemians’ loss streak has led them away from a promising start, but they face a great opportunity to break this string of defeats. Likewise, Derry City are running out of opportunities to get their first point on the board. Can they capitalise on an off-form Bohs to secure a victory?

St. Patrick’s (5-2) vs. Shamrock Rovers (6-1)
St. Pat’s have been plugging along nicely throughout the group stage, minus a few hiccups against top-tier opposition. They occupy a playoff position for now, but will need to defend it valiantly in the final few rounds. First for them is Shamrock Rovers, the league leaders. Any doubts about their ability as a team have been put to rest at this stage, and bar any major dips in performance, they are undoubtedly the league favourites. Rovers’ recent early-game play and a streak of strong performances from Rayezor and Zoinkers will give them a clear edge over St. Pat’s in this game.

Limerick (1-6) vs. Dundalk (4-3)
A home defeat for Limerick against a strong Team Three was unfortunate, but somewhat expected. The close to their EStars campaign does not get any easier, as they next face off against a red-hot Dundalk side. Producing victory after victory, Dundalk’s recent play makes a playoff berth seem very attainable, a major feat given how desperate this side looked halfway through the competition. They will likely be looking forward to their final round match against Sligo, however they will still need to focus to win out in Week 8 and keep the miracle run alive.

Sligo Rovers (5-2) vs. Cork City (3-4)
Another team who has been on a tear, Sligo Rovers look more and more like a legitimate championship team with every passing week. Well-poised for playoffs, victory this week would be their fifth consecutive win. Aiming to stop them are Cork City, whose loss last week will have seen their playoff hopes dashed, barring a miracle set of results. They have proven to be able to upset teams, and a surprise result here would make Sligo’s task a whole lot trickier.

Bray Wanderers (4-3) vs. Team Three (5-2)
It has been a rough few weeks for Bray Wanderers. The team has consistently struggled to stay on the same page, and have gone from a top contender to a side that no longer occupies a playoff spot. With talk of a new jungler being added to the Bray lineup, many an ill omen leads this squad into their match against Team Three. Finally able to get back to winning ways last week, Team Three’s early dominance has meant that they still are in prime position to qualify for playoffs. A victory here would potentially confirm a Top Four spot, if other results this week work in their favour.